Blackout Movement for the Congo 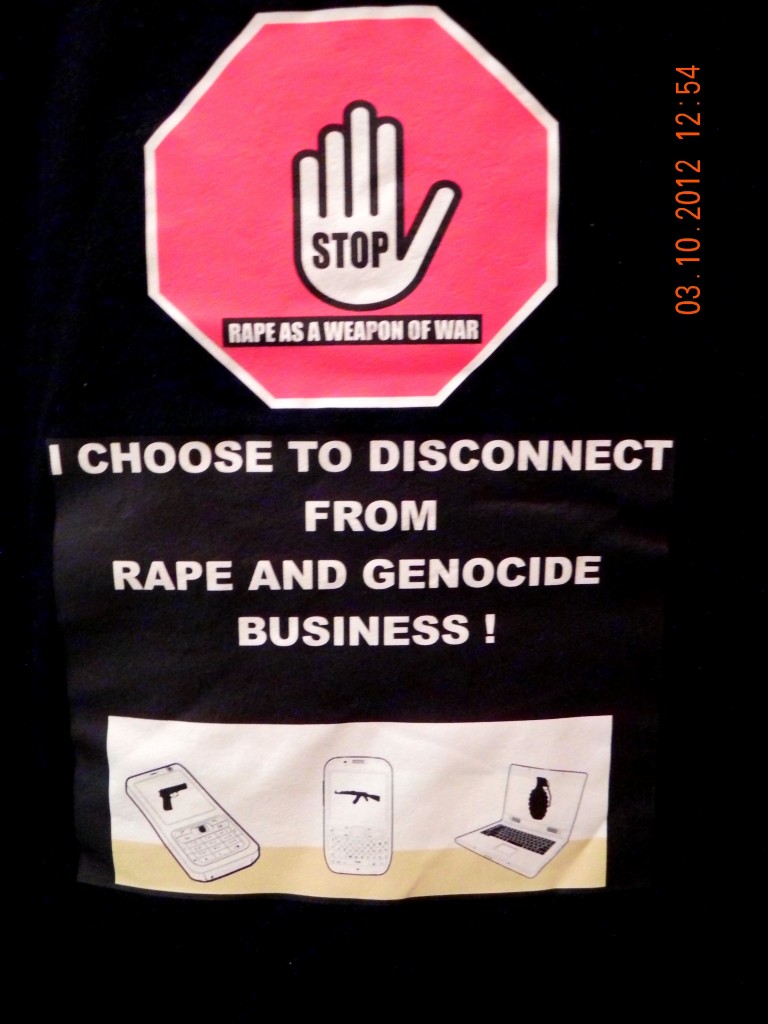 WHEN: From April 2012 for a period of 8 months (symbolic of 8 million death) So that the people of The Congo and its territory is liberated from terrorist occupations and protected as per Public Law 109-456

Boycott of your Personal Cell Phone; the one that you pay out of your own pocket, NOT your job cell phone since your employer probably pays the bill for that one.

We are Feeding an Industry that Profits from Rape and Genocide.

Holocaust of over 8 Million since 1996 and more than 1.8 Million Women Raped …and counting, caused by the Trillion dollar $$ Blood Electronic Industry, including Cell Phones and the Multi-National Blood Mineral Industries. The Congo produces 80% of the minerals used to make the technology that elevates our lives to more functional and enjoyable standards.

Contact your cell phone company. End your contract with them. Tell them why. They might tell you that you will incur penalty fees. That is part of the sacrifice. Start communicating via your landline phone at home or your Email, Fax, MajicJack, Google Voice (has texting capacity), Facebook, Skype,Twitter or public phones from now on. Send your name, your cell agency name and the number that you just disconnected to congoprogress1@yahoo.com for record keeping of the movement’s growth. (e.g: Felicite Nduku Metropcs 13473570408). Ask your friends and family members to make the same sacrifice and commitment for the cause. Copy and send them these instructions to them. Display one of the attached logos to your facebook or twitter page for visual mobilization online, and in solidarity with others who have made the commitment too. Remember, there was life before cell phones!

The Congolese diaspora is comprised of 6 to 7 millions in the world. Our consumers power and that of the Friends of the Congo can give an economic hit to this criminal industry and its leaders in order to compel them to stop their murderous politics in the Congo.

Rosa Parks, an ordinary citizen of Montgomery Alabama refused to give up her sit to a white man on December 1st of 1955. She paid for her bus ride like everybody else. Mrs. Park later revealed in an interview that she was “tired of giving-in” to an oppressive regime. Ms. Parks wanted respect and equality. She was sent to jail. In protest, Reverend Martin Luther King Jr. started what is known today as the Modern Civil Rights Movement, whereby African Americans and their supporters engaged in a relentless bus boycott that lasted about a year, until the US government declared bus segregation law as unconstitutional.

May God bless you and give you the courage to commit to this radical and necessary action to save the lives of millions of innocent women and children in the Congo.