This is a FREE and OPEN event!

Description:
It’s been 20 years since Rwanda (and subsequently, Uganda) invaded the Democratic Republic of Congo, an act of aggression so severe, it set in motion what would later become known as the deadliest conflict since World War II. As a result of this invasion, 6 million people have died, with half being children under the age of five. Horrific human rights violations have developed, including rape as a weapon of war, and massive destruction of Congolese people’s communities and livelihoods. The conflict and subsequent outbreaks of violence are fueled by various actors in Geo-political quests for power and control. The wars and conflicts fought over the lands and the people of Congo are fueled by multi level actors such the local warlords to powerful international social, economic and political networks, and for massive interests spanning military, technology, economic, and social domination. The struggle for true independence, and control over Congolese people’s own internal affairs, remains illusive. As the old wise saying goes, « When elephants fight, only the grass suffers. »

Our 20th Year Anniversary will be both a celebration of Congolese people’s resilience in the face of brutal aggression and violations, and a critical analysis of the past 20 years. We will highlight the ongoing causes for such a prolonged conflict, contribute ideas for solutions, and support ongoing efforts for democracy.

A special focus and accent will be placed on the people of Beni in the North Kivu province of the DRC. They have borne the brunt of the ongoing conflict, especially over the past two years. Since January 2014, over 600 civilians have been killed due to militia attacks in the Beni region. Father Vincent Machozi is one of the notable victims who was vocal about massacres in the Beni area of eastern Congo and unfortunately, he was assassinated this year. 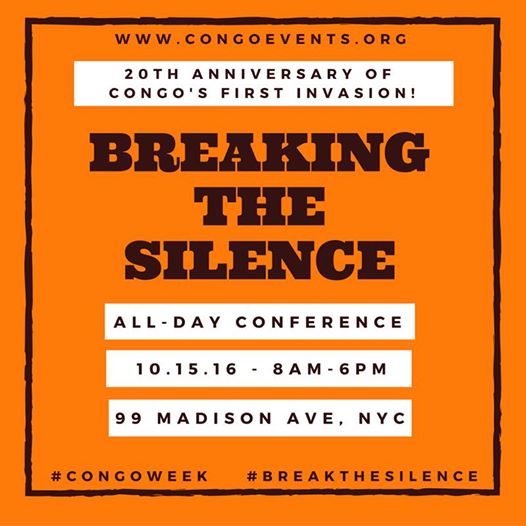