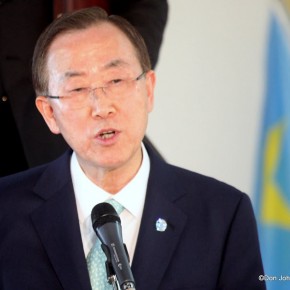 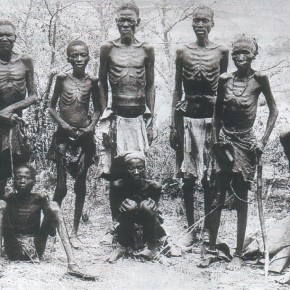 Kambale Musavuli provides an analysis of the latest news from the World Bank aid package to Congo/Rwanda.

Around 2008, China proposed an aid package to the Congo. It was a mineral2Infrastrure deal, meaning that China was to get 10 million tons of copper or and 600 thousands tons of cobalt for a total of $9 billion. The deal was divided as follow: $6 billion to build universities, hospitals, roads and other infrastructure and a $3 billion venture where Congo and China will extract copper and cobalt using the profit from the sale of the minerals to not only pay off the $3 billion loan for the venture but the whole $9 billion. This simply meant that at the end the Congo was going to be debt free… China gets its minerals, Congo gets its much needed infrastructure.

Are there flaws in the Chinese deal? Yes… the usual flaws with China. China will bring its own labor, though speaking to someone who was close to the deal he shared that it was in the contract to have for one Chinese there should be three Congolese employees for the project (this did not happen). Another flaw is the value of commodities go up and down and there was no clear way of predicting in 10 years the price of copper and cobalt to make sure Congo was not being robbed. Another one is that there was not a clear auditing process to make sure the work being done by China was up to specification. I can share more as this is actually my field as an engineer. Could this be changed? Yes, if we had a responsible government and good technocrats at the negotiating table to make sure Congo’s interest was first. Overall, the Chinese deal was better than any deal the west has ever given any western nations… and we were going to be debt-free at the end of the process. This deal was facilitated by Katumba Mwanke who died February 12, 2012 in a mysterious plane crash in Bukavu. Just go to Wikileaks and see what the US thought of the guy, as they really did not like him.

What happened to the deal?
The West Blocked it.

How?
World Bank/IMF and western donors were FURIOUS! They exerted many levels of pressure to the DRC government. Also, a militia leader Laurent Nkunda saw it as an opportunity to lure the west in his favor. When he started his gang the CNDP circa 2007, he had 8 demands to the Congolese government before he put down the gun. One of the demands was for the DRC govt to renegotiate the Chinese contract. After Nkunda’s arrest by Rwanda on January 22, 2009, the IMF officially came out publicly demanding that the Chinese contract be renegotiated before it gives Congo his yearly aid package.

Here is a quote from the Financial Times February 9, 2009 article:
‘But Wu Zexian, China’s ambassador to Congo, indicated that it would not be so easy. “They [western institutions] are wrong to ask Congo to remove the state guarantee. That is blackmail,” he said. “This is a poor country that needs to develop. Why force the country to modify the clause?

Why was the Chinese ambassador furious to the point that in a financial newspaper he literally said that the west was blackmailing the Congo? To understand what he meant, I should say that the IMF was asking the Congolese to change the deal about the mining project or they will not have debt forgiveness for the $11 billion Congo owed due to Mobutu’s mismanagement of the old Zaire’s loans, and also they will not receive any loan to cover Congo’s budget they get from the World Bank.

Did I lose you?
Well let me break it down more… Congo owed over $11 billion dollars of what they call odious debt. This was money the west was giving Mobutu, Congo’s former president during the cold war, to get his support as an ally to fight communism. After Mobutu’s fall, creditors hit Congo with a bill which kept growing up to $11 billion and there was no way one can look at DRC today and show what that money did. Congo got into a debt-forgiveness program with the world bank so that it can get new loans for development. Why? Because Congo was and still is cash-strap and needs big money for macro-development. To circumvent the cash-flow issue, the Congo went to China and got that big $9 billion deal, the biggest deal China has in Africa. World Bank used the debt-forgiveness program and the yearly money they give to Congo’s budget as a way to force Congo to change the deal…

I hope you got it now… The pressure in February 2009 mounted and the Congolese government started to make public statement that they will look into renegotiation.

Then came Hillary Clinton. Yes… she visited the Congo in 2009. In July of that year, she travelled the Congo with a delegation comprised of Congolese NBA star Dikembe Mutombo and financial advisers including Dominique Strauss-Kahn. This visit was infamously known as the trip where she was asked about what her husband think… yet people don’t remember the whole question as the young Congolese student asked about the US interfering with the Chinese contract via World Bank and IMF. Hillary Clinton visited the East of the Congo and pledged to give Congo $17 million for sexual and gender based violence.

Quick note: the $17 million that Hillary pledged to DRC in July 2009 was a laughing stock in Congo that month because the same week she mentioned this in Goma, the Congolese government was fining an American company – Freeport McMoran – $16 million for illegal immigration schemes in Congo.
http://www.bloomberg.com/apps/news?pid=newsarchive&sid=aINJ3y2J9YDs

Back to the visit…
The week after Hillary Clinton leaves the Congo, it is announced that the $9 billion deal is now $6 billion and the state guarantee was removed. So, I started digging because in my head I told myself it is still a good deal. Then I realize what Hillary Clinton and her team did.

The US government and IMF officials were able to change the Chinese deal and take the mining project off of it. The new Chinese deal now is only an infrastructure deal with no mining project to help repay the aid from China. Which means concept-wise that Congo now owes China $6 billion for projects China is doing in the Congo and has no way of repaying it.

Keep in mind that China was only getting 10 million tons of copper as a country but one US company, Freeport McMoran owns mining concessions the size of New York City+ 2 Washington DC which hold about 100 million tons of copper ore. An American company is set to take 10 times more than what China as a country wanted to take out of Congo. The Freeport-Lundin deal in Congo gives us 20% while these companies take 80%… REAL ROBBERY!
http://www.bloomberg.com/news/2011-04-20/freeport-lundin-eye-2-billion-expansion-in-congo-after-contract-approval.html

The Freeport deal is what sealed US support to Kabila’s fraudulent 2011 presidential elections.

As a young African learning about how the game is playing in financial magazines and international fora, what do you think I am going to think or feel about the World Bank and China?

So you see with this long explanation, it is really a joke what the world bank is doing. They are giving two countries, at least what I am able to decipher, $1 billion for development which are not priorities for the countries in question while China was giving the Congo a package of $9 billion.

Just wanted to share a little bit for you to start thinking of this… There are more details and intricacies I can share but this is a good start for you to see how they want the Congo and Africa to stay dependent on aid.

China’s copper deal back in the melt
http://www.atimes.com/atimes/China_Business/KF12Cb02.html

Documentary on Freeport McMoran – ALL MINE by the Dan Rather Reports
http://vimeo.com/13649687