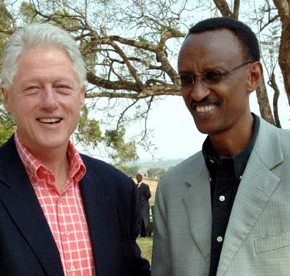 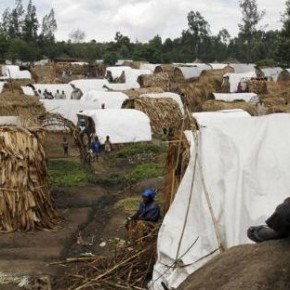 Corporate media outlets that foster the enabling environment for malevolent Western intervention in Africa in pursuit of natural resources are enemies of peace and security on the continent.

They contribute to bloodshed when they downplay crimes in African countries, especially when those responsible for the atrocities are rulers that are regarded as « friends » of the West, such as Rwanda’s Gen. Paul Kagame and Uganda’s Gen. Yoweri Museveni.

Media’s primary role is to keep the public well-informed not to manufacture consent. A knowledgeable citizenry is able to hold elected officials and the government accountable.

Very few Americans are aware that eight million Congolese have perished since 1997 as a result of several invasions from Uganda and Rwanda and that both countries are supported by the U.S.

The national armies of Uganda and Rwanda and their allied militias use violence as a mechanism to plunder Congo’s vast wealth. Whole regions are depopulated through massacres and mass rapes of women, men and children, to clear the way for illegal mining interests.

The United Nations has identified and listed the names of Western corporations that have benefited from this lucrative genocide. The massacres have been largely ignored by media outlets such as The New York Times, CNN, and the BBC, who are all focused on Syria which has been designated as the « hot spot » of the moment.

As tragic as the civil war in Syria is, the magnitude of the atrocities and scale of deaths pale in comparison to Congo’s calamity. Yet when world leaders met here in New York for this year’s United Nations General Assembly, Congo was barely mentioned even though this past June, a U.N. report implicated Rwanda in the recent flare up of massacres and ethnic depopulation.

The report’s investigation found that Gen. Paul Kagame’s military trained Rwandans who were then armed and sent across the border to pose as Congolese « mutineers » called M23 rebels to unleash bloodshed. Rwanda has been implicated in massacres in the Congo in past UN reports including what’s been termed the « Mapping Report » of 2010.

The Congo genocide has been profitable for Rwanda, which now exports minerals it does not produce, including diamonds. Additionally, atrocities in Congo deflect attention from Gen. Kagame’s repression in Rwanda.

Uganda’s role in the atrocities are also well documented. On June 8, 2006 The Wall Street Journal reported that Uganda’s Gen. Museveni had contacted then United Nations Secretary General Kofi Annan to urge him to block an investigation by the International Criminal Court (ICC) into Uganda’s role in the Congo genocide. Someone must have obliged, since Gen. Museveni has yet to be indicted.

There is strong evidence to support a move by the ICC. After all, the International Court of Justice (ICJ) had already in 2005 found Uganda liable for plunder, massacres and other war crimes in Congo and awarded the Kinshasa government $10 billion.

While the U.S. finally announced this summer that a modest amount of aid to Rwanda, about $300,000 was suspended, both Gen. Kagame and Gen. Museveni have never been threatened with serious sanctions for their roles in the Congo crimes because they have leased their national armies to further U.S. interests in Africa.

In addition to allowing Western corporations to commit mining piracy in Congo, Gen. Kagame has sent soldiers to Darfur to police the peace there, even with their record of abuses. And, Gen. Museveni has stationed 8,000 Ugandan troops to help stabilize Somalia which the U.S. fears could turn into a haven for al-Qaeda.

While the administration’s Africa policy may be geared towards U.S. interests are major media including The New York Times, the BBC and CNN obliged to go along? Is the role of media to push government agenda or to report the news? Are there, in fact, any separations between the government’s interests and those of multinational corporations and corporate media?

The evidence and record don’t suggest so.

Truth be told, corporate media have historically acted as apologist and facilitators of imperialistic economic interests in Africa. Once Western governments identify a particular foreign leader as « the bad guy » media are unleashed as the attack dogs to demonize him.

When Patrice Lumumba, a nationalist, emerged as Congo’s premier in 1961 after independence from Belgium, he was reviled by the West which feared that the exploitation of the mineral rich country’s resources would end. Dutifully, corporate media portrayed him as an anti-White, sadistic and irrational communist — a danger to Western interests.

The designated « good guys » in Congo were Moise Tshombe, a collaborationist, and army commander Mobuttu, who paved the way for Lumumba’s assassination with the help of the CIA and Belgium. Over the next 40 years Mobuttu ran Congo into the ground and stole billions of dollars. Yet he remained a « friend » of the United States and scored several visits to The White House.

There’s no better evidence for how corporate media serve as mouthpieces for Western governments than the coverage of last year’s conflict in oil-rich Libya. Regardless of how one felt about Libya’s Muammar al-Quathafi, it’s clear that The New York Times, the BBC and CNN did not even pretend to adhere to the fiction of « objectivity » that they routinely preach.

Just before NATO’s involvement a BBC interviewer actually asked Senator John McCain, « When are we going to go into Libya. » The New York Times wrote countless editorials urging NATO to escalate the bombing of Libya. This was a most perverted recommendation considering that thousands of civilians were possibly being killed.

While The Times, the BBC and CNN religiously covered the reported abuses by al-Quathafi’s army, the alleged atrocities by the NATO-and-Qatar backed insurgents were ignored or downplayed. These included beheadings of Black Libyans, lynching, and the ethnic cleansing of the entire city of Tawargha with a population of 40,000 Black Libyans.

The New York Times went giddy when the collapse of al-Quathafi’s regime became inevitable and for a while referred to the insurgents as « revolutionaries » and « liberators. » Inconvenient truths, such as the beheadings, could be ignored so long as they were not mentioned in The Times news pages and people could only view them on YouTube.

In their haste to promote any alternative to al-Quathafi these major corporate media helped install the violent armed militias that now control Libya. One of these militias was responsible for the murder of Ambassador J. Christopher Stevens and all of them remain armed.

Today we see massacres continuing in the Congo while media focuses solely on Syria. When they briefly turn to Africa it’s to write about the purported search for Joseph Kony, the leader of a depleted Ugandan militia hiding in the Central African Republic. He is a convenient bogeyman; meanwhile the « good guys » Gen. Kagame and Gen. Museveni carry out atrocities in Congo.

So what is to be done when corporate media are in fact dangerous to peace and security?

In the future alternative responsible media outlets that have comparable resources and the global impact of The New York Times, the BBC and CNN may evolve.

In the meantime, those who seek the truth, and activist, should seek information from online media outlets as well and challenge corporate media when they parrot government policy disguised as news.