The chief executive of the mining giant Glencore, Ivan Glasenberg, says it is an ethical business.

Panorama’s John Sweeney visited the company’s copper refinery in the Democratic Republic of Congo to test that claim.

He found acid pouring into a river by the company’s Luilu refinery.

Upstream, the river – used by local people to wash and fish – was clear and green; downstream of the Glencore pipe there was brown sludge. 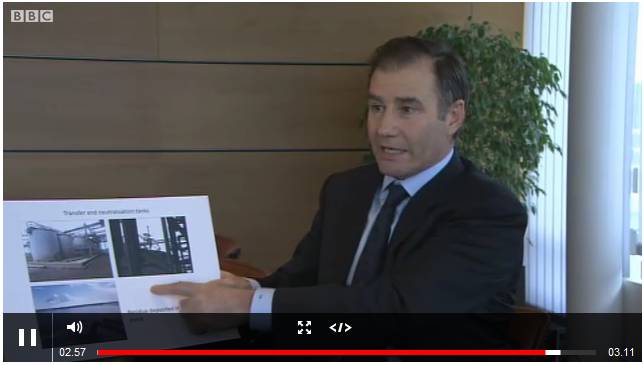