Recent oil discoveries in the Lake Albert basin in Uganda and the Democratic Republic of Congo (“DRC”) have been described as the largest onshore oil field found in sub-Saharan Africa for more than twenty years -with a one billion barrel potential! Properly developed, the Lake Albert basin will provide new jobs and other economic opportunities to the people who live in the region. 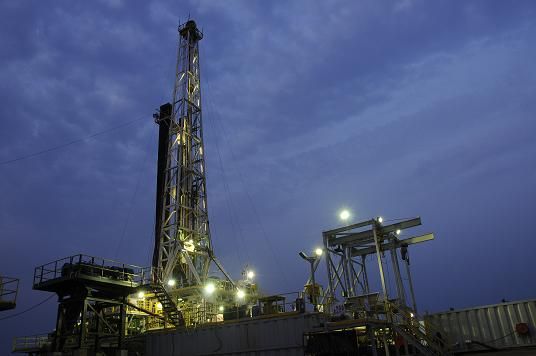 And while the government of Uganda moves forward with a planned development strategy, the DRC is yet again following a familiar path of bullying out international investors in favour of opaque off­shore BVI (British Virgin Islands) shell companies. Like the mismanagement of its mining assets, questionable deals involving BVI shell companies and shadowy middlemen will likely cost the DRC people hundreds of millions in lost tax revenues and hundreds of lost jobs.

Uganda is poised for a $10bn investment programme for Total, Tullow Oil and CNOOC, three world class oil companies with a combined market capitalisation of over $200bn and a track record to match. Hundreds of new jobs, with millions of dollars in local and regional spin-off economic benefit is expected to flow in to Uganda along with the estimated 200,000 barrels of oil per day.

By contrast, across the border in neighbouring DRC the Lake Albert basin assets were stripped from the London-based Tullow Oil and awarded to two unknown BVI shell companies with possible links to Israeli businessman Dan Gertler, ‘Caprikat Limited’ and ‘Foxwhelp Limited’. Both were incorporated in the BVI just two months before they signed the Production Sharing Agreement for an offshore oil concession worth billions of pounds.

The beneficial ownership of these companies is unclear, although the public face of the companies has been Khulubuse Zuma, the nephew of South African president Jacob Zuma.

It is impossible to find any details of Mr Zuma’s prior experience in oil exploration and production. As Tullow said at the time, “The award of these licences does nothing to help Africa build any sort of reputation for transparency. The last few weeks have shown the world the effect on the environment of an oil industry-related accident [BP’s Gulf spillage] so to award exploration licences in a very sensitive environmental area to a company with no oil and gas experience is absurd. We fail to see how these blocks are going to be developed for the benefit of the people of DRC.”

Mr Zuma’s current business dealings in South Africa are the subject of court inquiries. On Friday, 18 November, the South African press reported that the liquidators of Mr Zuma’s Aurora Empowerment Systems have alleged that “its politically connected directors transferred millions of rands into their own coffers and those of their families.” The liquidator also alleges that Zuma and Aurora’s other directors “misrepresented their financial capacity and business clout” to obtain the gold mine they are now accused of “mismanaging.”

Mark Willcox, the CEO of Africa Management Limited, appears to be linked to Foxwhelp through the Production Sharing Agreement. Previously, Mr Willcox has confirmed that he is working with Mr Zuma and others on this deal. However, Mr Willcox declined to disclose the beneficial ownership of Caprikat and Foxwhelp and stated that “there was nothing untoward about maintaining privacy”.

Eric Joyce said, “The BVI corporate records show that Mr Willcox’s Africa Management Ltd, through its affiliate Vipar Investments, has previously funded Dan Gertler’s dealings in the Congo. Is Dan Gertler, a known close friend of President Kabila, one of the beneficiaries of this deal? Is that why Mr Willcox is so reluctant to disclose who is really behind the Lake Albert deal?

“Congolese people have the right to know who is benefiting from the transfer of their vast mineral wealth. They are amongst some of the poorest people in the world yet the country has vast mineral wealth. It is my belief that deals like this one are the reason why this paradox remains.

“This is especially true when the public face of companies now controlling Congolese oil concessions have no evident experience developing oil fields, and whose business dealings in South Africa have become the subject of serious legal proceedings.”

Eric Joyce continued, “This tale of two countries demonstrates the devastating impact of Kabila’s Government and its corrupt behaviour. In Uganda, they are using major oil firms, who are able to make the investment needed to see these oil projects commenced and done so in an environmentally sound way.

“In the DRC the President has chased out the initial owners of the oil fields and rewarded the concessions to a company with no investment firepower and absolutely no track record in the oil industry. I predict that while the Ugandan oil field begins to pay taxes, royalties and create jobs; the DRC oil fields will be pathetically underdeveloped. Yet again Kabila has favoured the enrichment of a few friends at the terrible cost to the many poor and desolate people in the DRC.

Failure of the IMF

The DRC government has disclosed no details of any public tender, despite IMF conditions, nor financial nor technical requirements for receiving a complex, capital-intensive offshore oil block. In December 2009, the IMF approved a $551 million line of extended credit to the DRC government. In return for this three-year credit facility, the DRC government agreed to lift the cloak of secrecy around its extraction sector. Agreed benchmarks included:

* Publishing all partnership agreements between state-owned mining firms and private

*Establishment of an independent anti-corruption agency

“The IMF, USA, EU and UK should now call for the Kabila Government to release the information detailing the ownership structure of these two off-shore companies who attained massive oil blocks just two months after they were formed. The DRC Government is required to publish such information under the IMF loan agreement, it is time the IMF started doing its job and enforcing these rules.”

Within the last two years, the failure of the IMF, the World Bank and the EITI to enforce the requirements of the credit facility on President Kabila’s government has resulted in asset sales to BVI shell companies at $ billions below asset value on the open market.