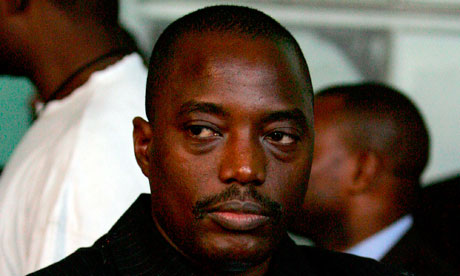 Three senior diplomats have resigned from their posts at the Congolese embassy in London and claimed asylum in the UK. Baby Kazadi Moussonzo, first secretary to the ambassador; Mamie Yaya Efunga, another first secretary; and Kabengele Mamba, second secretary, had between them a total of 14 years service at the London embassy. They resigned earlier this month and have issued a lengthy statement denouncing their government, accusing it of presiding over a « climate of terror ». They claimed the government of the Democratic Republic of the Congo was guilty of abductions, arrests and assassinations as well as turning the police and Republican Guard into a private militia.

Congo’s incumbent president, Joseph Kabila, was re-elected last November but controversy surrounded the results with opposition politicians claiming the ballot was rigged. The respected Carter Centre observed the election and said the results « lacked credibility ». Human Rights Watch reported that at least 24 people were killed by police after the disputed vote. The three diplomats said in their statement that there had been substantial election fraud and ballot box stuffing.

The Metropolitan police made 139 arrests last December during a demonstration organised by Congolese people living in the UK who added their voices to those who argued that the outcome of the election was flawed. « We had many concerns about the situation in Congo and that is why we resigned. We were accused by the Congolese government of taking part in the London demonstration against the government last December but this is not true, » said Moussonzo.

« The government said that because we were involved in this demonstration we were being recalled to Congo. « We believed that our lives would be in danger if we returned to our country in these circumstances and so we had to resign and claim asylum here in the UK. » A spokeswoman for the Congolese embassy said it was not commenting on the resignations.