The Warlord and the Basketball Star: A Story of Congo’s Corrupt Gold Trade 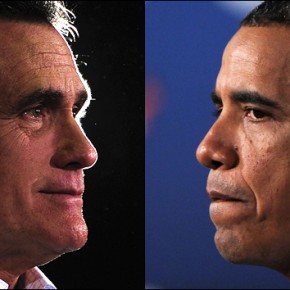 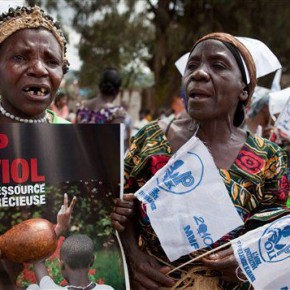 When an athlete-turned-humanitarian and an energy executive tried to buy gold in Kenya, they found themselves mired in Congo’s dangerous world of conflict minerals — and totally outmatched.

In 18 seasons in the National Basketball Association, Congo-born Dikembe Mutombo was a relentless defender, an 8-time all-star who accumulated the second-most blocked shots in the league’s history and averaged a double-double in rebounds and points in each of his first 11 seasons. Mutombo became a star — even during the NBA’s Michael Jordan-Patrick Ewing-Karl Malone golden age — because of his ability to intimidate. The 7-foot center owned the most feared and arguably most dangerous elbows in the league, and after every blocked shot, Mutombo would wave a taunting index figure at whatever hapless small forward or shooting guard had attempted to drive the lane against him.

But off the court, Mutombo was the kind of genuine role model that the decadent, late-90s NBA mostly lacked. In a time when players routinely skipped college for the pros, Mutombo finished a linguistics and diplomacy double major at Georgetown. An ugly labor dispute in 1998 convinced even many dedicated basketball fans that their favorite players were selfish and overpaid. But Mutombo, whose playing career overlapped with a horrific war that devastated his home country, dedicated himself to humanitarian pursuits. The Dikembe Mutomobo Foundation built a hospital in a poor area of Kinshasa, and Mutombo has worked with philanthropic heavyweights like the Clinton Global Initiative and the Bill and Melinda Gates Foundation.

« Dkembe’s heart is enormous, and his bond to the people of his beloved DRC defines him, and clearly motivates his humanitarian work, » says Caryl Stern, CEO of the U.S. Fund for UNICEF, in an email. Mutombo’s charitable work wasn’t aimed at drawing attention to himself, writes Stern. « Dikembe has proven himself to be someone who will put in the hours behind-the-scenes, away from the cameras. »

Mutombo may be a renowned basketball player and humanitarian. But as a UN Group of Experts report published last December makes clear, he’s not much of a businessman. Mutombo had linked up with Houston-based oil executive Kase Lawal, a respected businessman whom President Barak Obama had appointed to the Federal Trade Commission’s Advisory Committee for Trade Policy and Negotiation. According to the UN document (and as first reported by The Houston Chronicle), the two attempted to purchase what they thought was $30 million worth of gold from dealers in Kenya — only to find out that the gold (most of which was probably counterfeit) was in the possession of a notorious Congolese warlord, who ended up profiting handsomely off of Mutombo and Lawal’s blind enthusiasm and almost total lack of due diligence.

The incident provides a glimpse into the complex situation in the eastern Congo, where gold traders attempt to make quick money off of the area’s conflict-tainted mineral resources — and end up exacerbating the region’s long-standing misery. It’s a reminder that the Congo gold trade is so dirty — and so pervasive — that even these prominent Americans ended up handing millions of dollars to a warlord who is widely considered to be one of the most brutal and dangerous men in Central Africa.

•   •   •   •   •
On December 2, 2010, Mutombo gathered a small group of men in a New York City hotel. He told them of an opportunity that could earn up to $20 million in a matter of weeks. His main audience was Kase Lawal, the CEO of Houston-based energy company CAMAC, and Carlos St. Mary, a former West Point football player and a trader in West African diamonds. Mutombo asked them to put together $10 million to buy, from dealers in Kenya, an unusually large amount of gold: 4.5 tons. That haul could be worth three times as much if Mutombo, Lawal, and St. Mary could arrange for it to be transported out of Africa and re-sold on the international market.

Mutumbo, though a humanitarian, presented this purely as an investment. The retired basketball star is also the titular CEO of the Mutombo International Group, a small outfit that mostly invested in retail around Atlanta. The gold must have seemed like an irresistible opportunity.

It should also have seemed too good to be true. « Immediately when you say you’ve got 4.5 tons, you pull back from the table, » recalls St. Mary, who frequently buys diamonds in countries such as Liberia and Sierra Leone. « I work in places where if people have 10 grams of gold they run down to my office front so that they can sell that. I couldn’t fathom 100 kilos, 10 kilos, let alone 4,000 kilos. »

Still, with so much money to be made, St. Mary kept listening. The story was compelling. According to the Powerpoint Mutombo presented, which St. Mary has shared with The Atlantic and can be viewed here, the retired basketball player claimed that the gold was held in a village in Kenya. He said he knew exactly where the cache was, and he implied it would be easy to buy and move.

« Mr. David [Kapuadi] and Mr. Stephane Kapuadi brought to us a time sensitive yet lucrative deal, » reads one slide of the Powerpoint. David and Stephane, who are from the family of Mutombo’s wife, were in the room for the New York meeting. The Powerpoint simply stated that the « gold is safely stored in Nairobi where Mr. David and partners are seeking a buyer. » According to the presentation, David and Stephane had personally verified that the gold was real and would be able to hand it over to any buyers immediately.

Mutombo’s presentation must have sounded promising at the time. But, reading it now, knowing how badly the deal would go, his omissions can seem glaring. He suggested that his in-laws had access to the gold, but didn’t say who actually owned it. He referred to « partners » who had some unspecified control over the gold, but didn’t say who they were or what they wanted.

When The Atlantic tried to reach Mutombo through his foundation, a representative said that neither the former basketball star nor his charitable foundation would be commenting. Kawal’s company, CAMAC, responded to similar requests with this statement: « CAMAC is a law-abiding company and we disagree with the representations made in the UN report. We have already answered questions on this and see no reason to address it further. »

St. Mary admits that he didn’t press for details during the meeting. As a family friend of Lawal’s and a longtime acquaintance of Mutombo’s, he says, he didn’t want to get pushy with either. « I probably should have looked at things a little closer, » he says, « but when you put the pedigrees of those people together there’s stuff you overlook. »

Lawal agreed to fully finance the $10 million deal and to give Mutombo and St. Mary, who would supervise the transaction, a cut of the eventual profits. Lawal immediately sent St. Mary to Nairobi on a private jet, where David Kapuadi introduced him to the mysterious « partners » from Motumbo’s PowerPoint presentation: Eddy Michel Malonga, who was named as the gold’s owner on a Kenyan export form, and a man who introduced himself only as « Benoit. » According to the UN report, Malonga is part of a Kenya-based counterfeit gold ring active throughout central Africa. « Benoit, » according to both St. Mary and the UN panel, was most likely Yusuf Omar, a counterfeit gold smuggler.

For the moment, the gold appeared to be legitimate — Malonga took St. Mary to a refinery to show him purified samples. But the sellers insisted the deal couldn’t be completed in Nairobi, according to St. Mary. The majority of the gold, they admitted, wasn’t even in Kenya. The sellers demanded a $5 million dollar deposit, then gave Lawal the choice of picking up the gold sometime later in Kampala, Uganda, or getting it immediately at Goma, the capital of long-troubled North Kivu province in the eastern Democratic Republic of Congo.

If Lawal had had any idea just how costly and ethically murky this transaction was going to become, he might have backed out. But it’s understandable why he wanted to keep going. St. Mary had just handed $5 million of his money to a pair of shady gold dealers about whom they knew very little, and they still had nothing to show for it. But, with $5 million sunk already, Lawal’s enthusiasm for the deal still hadn’t dimmed.

Looking at his company’s performance that year, it’s easy to see why he would be so eager to believe things would work out. CAMAC’s stock hovered at a little over $2 a share by mid-December, down from $5.07 that April. And while CAMAC controlled over $400 million in assets, it had just $22 million on hand in November of 2010, according to public filings, only a little more than the projected $20 million Lawal thought he could make off of the gold. The company reported nearly $188 million in losses for 2010, leaving Lawal in need of an easy payday. He had an office in Kinshasa and expected that a deal in the DRC would be seamless.

According to St. Mary, Lawal didn’t think the exchange — the remaining $5 million for more than four tons of gold, which everyone still assumed was real — would take longer than a single afternoon.

Fred Robarts, an author of the UN experts report, told me that the sudden change in venue, along with the exchange of large amounts of money in Nairobi, should have been a tipoff that Lawal and Mutombo were likely being scammed. « These guys have an international network, » Robarts says of the Kenyan-based smuggling and counterfeiting ring that Omar and Malonga were a part of. « And they use quite elaborate means to convince their buyers. They have a network of people within the region who play various roles — customs officers, and so on. They can probably get a hold of fairly convincing documentation as well. »

Which they did. Before St. Mary left New York for Kenya, Reagan Mutombo, Dikembe Mutombo’s nephew, and David Kapuadi provided him with Congolese export forms authorizing the transfer of 73 grams of gold to Kenya. These forms confirmed that the gold had legally crossed an international border, and could therefore be bought and sold, in the opinion of both the Kenyan and Congolese governments.

According to the forms, the gold came from the conflict-torn Goma region of eastern Congo. In September of 2010, DRC President Joseph Kabila had imposed a domestic ban on mineral exports from the Congo’s eastern provinces, the point of origin for so-called « conflict minerals, » natural resources extracted from squalid mines whose mineral yields fund militia activity in the region. Kapuadi’s « partners » might have gotten around the ban by claiming they were re-importing gold that originated in Kenya. It is also possible that Mutombo and Lawal either didn’t know about the ban, or knew about the ban and simply didn’t care. And it’s possible that all the documentation, which also included a Kenyan « certificate of ownership » establishing Malonga as the gold’s true owner, was simply forged. « Every damn thing they had was fake, » St. Mary claims. « But it looked official.