« Last week, a colleague and family members alerted me of more people being killed in Beni, North Kivu… an area in the eastern part of the Congo. At least 35 people were massacred. Since October, it is estimated that 265 people have been killed in Beni. For the past decade, each week at least a dozen people are killed there.

Why the silence by the Congolese government? How can one watch Congolese being killed like flies and no one intervenes?

I joined SABC in South Africa to provide some context on how it does not make sense that a rebel group of 425 fighters (UN group of experts estimate) are not stopped by over 19,000 UN peacekeepers and the 22,000 Congolese army soldiers deployed by the new president of the Congo Felix Tshilombo. » 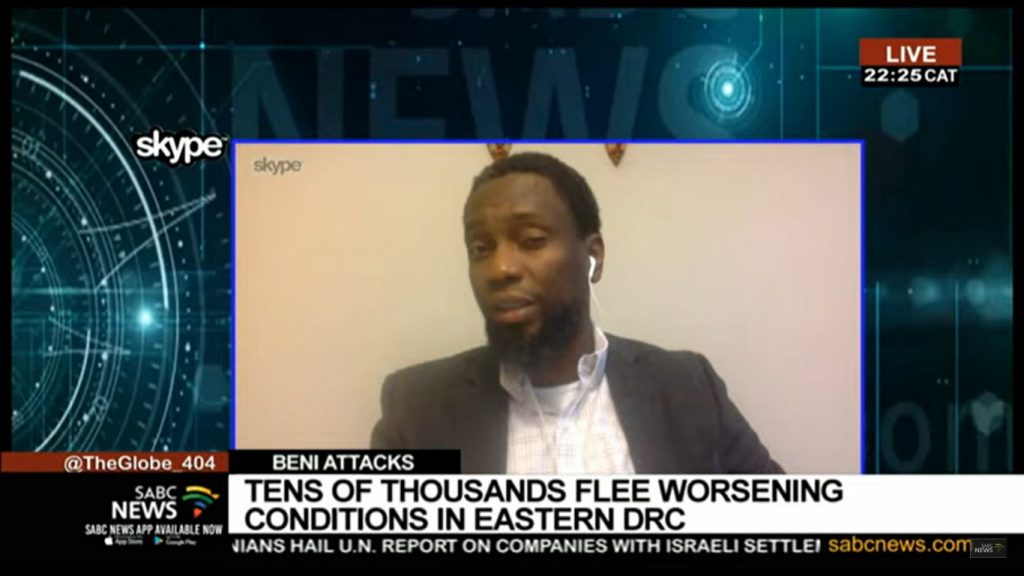