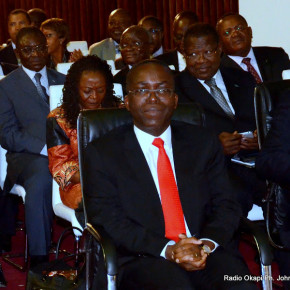 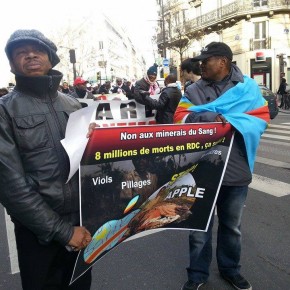 Thursday, January 30, 2014
A Call to Conscience and Action

Congo Global Solidarity: Why Congo Matters is a global call to conscience and action. This event represents the launching of the build up to the Congo Global Voice conference which will take place from October 23 – 25, 2014 in Toronto, Canada during the seventh anniversary of Congo Week.

Film Screening:
– Cuba: An African Odyssey
– Crisis in the Congo: Uncovering the Truth

Speakers:
Bodia Bavuidi is an educator and an academic in French and Women and Gender Studies at the University of Toronto. She is a native of the Democratic Republic of Congo and has been an advocate for Justice and Human and Women’s Human Rights for Congolese since 1999.

Maurice Carney is co-founder and Executive Director of the Friends of the Congo and has fought with Congolese for over fifteen years in their struggle for human dignity and control of their country.

Ofunshi Oba Koso is the founder and President of MN Yoruba Cuba Association and has been involved in the struggle for the justice and dignity of impoverished and marginalized peoples for over two decades.

Safia Gahayr is a poet, educator, and social activist and currently serves as Chair Internal of the Canadian Union of Public Employees, Ontario Division.

This event is presented by Accents Bookstore and the Harriet Tubman Institute for Research on the Global Migrations of African People, York University.Organizational supporters include, Friends of the Congo, Minnesota Yoruba Cuba Association and Idle No More.