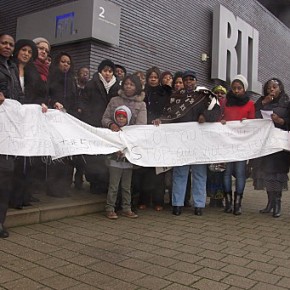 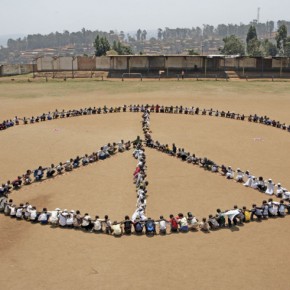 On Monday, December 31, 2012, the Youth For A New Society will organize a peace concert in Kisangani, Democratic Republic of the Congo (DRC) in support of their fellow countrymen and women in eastern Congo who have been victimized by a war of aggression.

The Concert will be free to the public. It will mobilize the local population to turn out and support their fellow citizens in Goma and the areas still under occupation by the Rwanda-backed M23 militia. Performers will include Big Joe Loway, Shogy, Tata Bakali, Boudha, N.A.T, Tolekiste, Altesse, DJ Patch, Dankis, Legion S and Esthetika Musika. Youth organizer Laddy Senga says « We are demanding peace in the east and the country as a whole. »

Due to the fact that Kisangani has been a victim of many wars and massacres, it has been given the name, the City of Martyrs. Rwanda and Uganda fought each other on Congolese soil over Congo’s natural resources in a Six-Day War in Kisangani in 2000 that killed hundreds of civilians and injured scores.

Congolese youth are adamant about bringing an end to the sixteen-year war of aggression against the Congolese people. They are appealing to national and international leaders for accountability, justice and an end to the impunity that has resulted in tremendous loss of life and suffering in the heart of Africa.

The peace concert was made possible by the generous contributions of Congolese civil society organizations, local Congolese and supporters in the Congolese Diaspora. Click here to support the work of Congolese youth organizing for change in the Congo.