Demonstration – #Telema Rise Up for democracy in the DR Congo – 7 February, 2015, Washington, DC 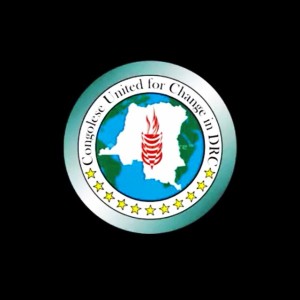 Description:
Washington, DC – On Saturday, February 7th, the Congolese Diaspora will demonstrate in Washington, DC in support of their countrymen and women who are standing up for democracy in the Democratic Republic of Congo (DRC). Congolese youth and the broader society are engaged in a dignified fight for peace and democracy.

From January 19 – 21, Congolese demonstrated against the latest attempt by President Joseph Kabila to enshrine his tenure in power beyond his constitutional mandate.

As was the case in Burkina Faso, the dominant question facing the Congo is a president (Joseph Kabila) who is seeking to stay beyond his constitutional mandate by any means necessary. After getting push-back on proposed attempts to change the constitution late in 2014 from Religious leaders, youth, political opposition and over 600 civil society organizations, the President and his supporters tried to push through Parliament an electoral law that would give him the result he could not get by revising the constitution.

Congolese people demonstrated for three days against the law that would ultimately give President Kabila legal cover to stay in power beyond his constitutional mandate. The people and the youth in particular paid a dear price for standing up for their rights. The state responded with massive military force, firing live bullets, killing dozens of civilians according to Human rights watch and the International Federation for Human Rights. According to Human rights watch, 36 people were killed, 21 by the government’s security forces.

The Congolese Diaspora has mobilized under the #Telema hashtag and movement to call for action on the part of the international community. Telema means “rise up” in Lingala, one of Congo’s major languages. The #Telema movement is calling for the following:

1. The United Nations to do an investigation into the killing of dozens of Congolese civilians, a large number of which were youth and students.

2. The global community to send an unequivocal and clear message to the government of the DRC and President Kabila personally that he will be held personally accountable for the death of innocent Congolese who are merely exercising their constitutional right to assemble.

3. The US government adhere to its laws in particular Public Law 109-456, sponsored by President Obama when he was a senator, which calls in the US government to support Democracy in the DRC.