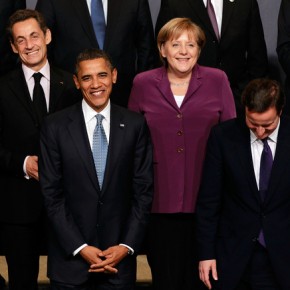 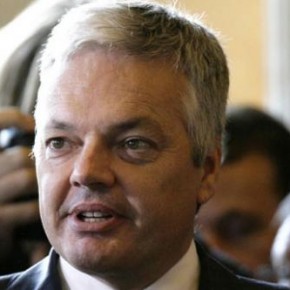 PROTESTERS have vowed to continue to march through Birmingham until the British government moves to end the unrest in the Democratic Republic of Congo. 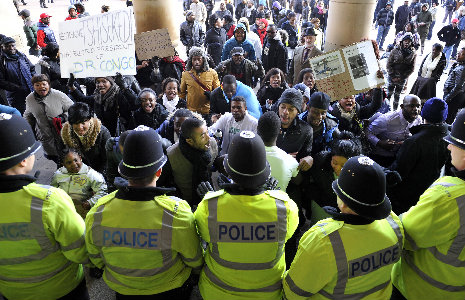 Police were forced to implement rolling road closures as up to 400 protesters, the majority of Congolese descent, marched from Newtown to the Council House in Victoria Square. The demonstration, the third in Birmingham in as many months, was staged in protest at “corrupt” elections last November which have led to the re-election of Congo President Joseph Kabila ahead of popular opposition leader Etienne Tshisekedi.

The coalition Government has been accused by protesters of backing Kabila and his militia, reported to have murdered thousands of opposition voters, to protect British interests in the African country’s mining reserves. Dr Didier Matamba, a member of the Congo Midlands Group, said the march tied in with a wider demonstration called for by Laurent Monsengwo, the Catholic archbishop of Kinshasa.

Dr Matamba, a Congolese national now living in Derby, said: “We must keep on marching in Birmingham until David Cameron takes a stand against the atrocities and the injustice of what is going on in the Congo. “The British Government supports the corrupt leadership of Kabila because he is allowing 59 major UK companies to exploit mines in the Congo.

“We realise there is some disruption to traffic (caused by the march) but we want people to ask themselves ‘why is my bus late?’ “They are late because people are trying to raise awareness of the murdering and rape of thousands of Congolese people.” A memorandum detailing the protesters’ grievances about the election process was submitted to the Council House at the end of the march.

Mbuyi Georges, who moved to Coventry to escape the turmoil in his homeland, said the march, which police described as peaceful, had given the Congolese a voice to air their concerns. “We must continue our fight until the person who most Congolese want in power is rightfully elected.”