Conference in London. DR Congo: Beyond the 2011 elections. On February 14th 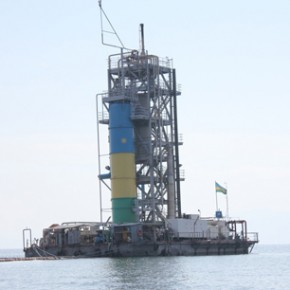 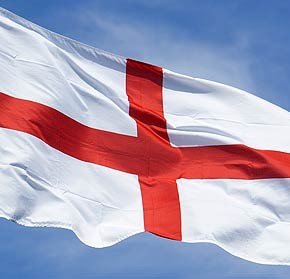 The official results of the recent presidential elections in the Democratic Republic of Congo (DRC) gave incumbent Joseph Kabila victory with 48.95% of the vote against 32.35% for the runner-up, Étienne Tshisekedi. President Kabila campaigned for his second term in office under the slogan « for a united Congo ». However, the country now stands divided into two camps, between those who believe his re-election to be legitimate and those who don’t.
International observers have also cast doubts over the integrity of the polls, citing allegations of vote-rigging, reports of electoral violence and media restrictions.DR Congo is a vast, resource-rich country with a painful history of international interference – from Belgian colonialism and Cold War politics to war with Uganda and Rwanda and the recent economic partnership with China.
How then can the people of Congo build a more stable and effective democracy? Is there scope to find long-lasting solutions to the many challenges facing the country – from reform in the natural resource sector through improved infrastructure and wealth distribution to putting an end to the on-going violence? What can both domestic and international actors do to this end?

Join the Royal African Society and the Oxford Central Africa Forum in this high profile event, which will consider the consequences of the DRC’s 2011 elections both at home and abroad and discuss the possibilities for the country’s future.

Professor Koen Vlassenroot, Director of the Conflict Research Group, Ghent University
Koen Vlassenroot is the Director of the Conflict Research Group at Ghent University. He is a political scientist specialising in the political economy of conflict, non-state armed actors, the processes of identity formation, land access and food security. His work has mainly focussed on Central Africa, especially the Democratic Republic of Congo.

Théodore Trefon, Belgian Royal Museum for Central Africa
Théodore Trefon is a Congo expert specializing in the politics of state-society relations. He has devoted the past 25 years to Congo as a researcher, lecturer, author, project manager and consultant. He heads the Contemporary History Section of the Belgian Royal Museum for Central Africa and is Adjunct Professor of International Relations at Boston University Brussels. Trefon is also the author of Congo Masquerade: The Political Culture of Aid Inefficiency and Reform Failure (African Arguments / ZED Books).

Madame Marie-Thérèse Nlandu Mpolo Nene, human rights lawyer & political leader
Marie-Thérèse Nlandu is a leading human rights lawyer from the DRC. She is also the President of Congo-Pax, the Party for Peace in Congo. Due to her work as a political leader and lawyer, Marie-Thérèse has been in exile twice: From 1993-2002 in Belgium and from 2007-present in the UK. In November 2006, Marie-Thérèse was arrested by agents of the Special Services police and charged with “organising an insurrectionary movement” and “illegal possession of firearms”. She was subsequently detained in Kinshasa’s central prison and became an Amnesty International Prisoner of Conscience. Pressure from Amnesty International and other human rights groups allowed for her eventual acquittal and release. Marie-Thérèse is married with 4 children.

Chair: Harry Verhoeven, Oxford University
Harry Verhoeven has just finished a doctorate at the Department of Politics and International Relations at Oxford University, St Cross College. Harry has a keen interest in the issues of regional conflict, relations between regimes and rebel movements and natural resources, writing on Sudan, Ethiopia, Congo, Uganda and Rwanda. He is the Convenor of Oxford University’s China-Africa Network (OUCAN) and Oxford’s Central Africa Forum (OCAF) and is writing a book on the internal dynamics of Africa’s Great War.

Devon Curtis, Cambridge University
Devon Curtis is a University Lecturer in the Department of Politics and International Studies (POLIS) and has been a Fellow of Emmanuel College since 2007. Both her research interests and written work have largely focused on power-sharing and governance, post-conflict, rebel movements in Africa, conflict, peace-building and development. Her field research has taken her to various parts of the Great Lakes Region, including Burundi, Rwanda and the Democratic Republic of Congo. She has also worked with both the Canadian government and the UK’s Department for International Development (DIFID) as well as the Overseas Development Institute (ODI).

Chair: Marco Jowell, School of Oriental and African Studies
Marco Jowell is a former Senior Research Analyst at the Foreign and Commonwealth Office with a particular focus on Central Africa. He is currently a doctoral candidate at SOAS.