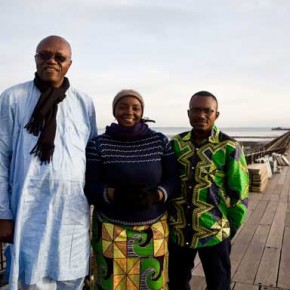 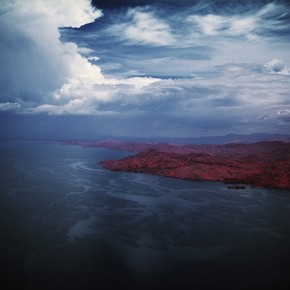 Congo’s presidential election was so fraud-riddled nobody knows for sure who won. Two months later, the international community that helped pay for the vote now seems content to simply keep the incumbent in power. 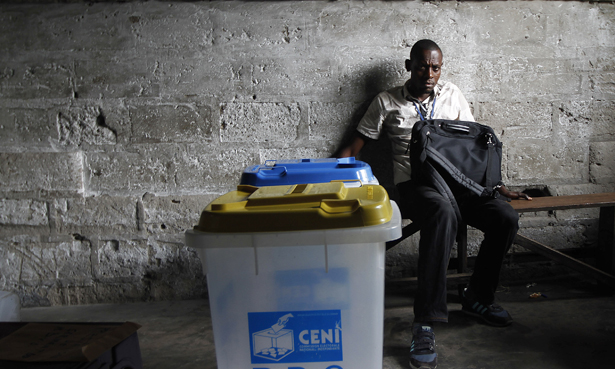 The November ballot was considered a vital stepping stone on the road to democracy for Congo, sub-Saharan Africa’s largest nation. It was only the second democratic vote in a country that suffered decades of military dictatorship and civil war and still is wracked by conflict in the east. Congo is believed to hold 40 percent of the world’s cobalt, nearly a third of all diamonds and 70 percent of the coltan needed in mobile phones, according to the U.S. Geological Survey. It also has massive amounts of tin, gold, copper and enough water for hydroelectricity to light up the entire continent. With incumbent President Joseph Kabila starting his new term in office even though it’s unclear if he actually won re-election, business and pragmatism now appear to be trumping democracy.

« The elections were deeply flawed, marred by massive fraud, intimidation and corruption. The international community, however, doesn’t care enough to resort to … cutting off aid and calling for new polls, » said analyst Jason Stearns, formerly head of the U.N. experts panel on Congo and author of « Dancing in the Glory of Monsters: The Collapse of the Congo and the Great War of Africa. « Congo’s sprawling borders reach nine other African countries, and conflict in this vast nation also threatens to spark instability in its neighbors. However, the international community hasn’t forcefully called for Kabila to step down, as countries did when other incumbent leaders clung to power after elections in Ivory Coast and Zimbabwe. Theodore Tefron, a Congo expert at Belgium’s Royal Museum for Central Africa, said that while the international community believes Kabila has problems, it feels veteran opposition presidential candidate Etienne Tshisekedi is an unpredictable force that could be worse. « Western diplomats and businessmen prefer to have Mr. Kabila in power, » Tefron said. « They know who Kabila is and how to deal with him, even though he is not the perfect partner. »

Tshisekedi formed the nation’s first opposition party in 1982 and boycotted 2006 elections. Some find the 79-year-old stubborn and irascible and seem unwilling to fight for him. « Whether the elections as we know was flawed, the future of Congo is not with Tshisekedi. His time has come and passed, » said U.S. Democratic legislator Donald Payne of New Jersey, who has traveled to Africa for decades, is the ranking member of the subcommittee on Africa and who met Tshisekedi back in the early 1990s. Congo’s election dispute hasn’t sparked the kind of widespread violence seen after the 2006 vote, when soldiers belonging to the two top contenders fired rockets and automatic gunfire in downtown Kinshasa, the capital. Soldiers and police have broken up any pro-Tshisekedi protests by firing tear gas and live ammunition. It’s not known how many people have been killed, detained, or disappeared.

This time, Tshisekedi’s supporters haven’t staged the kind of protests seen after disputed elections elsewhere on the continent, and he doesn’t have an army of rebels who could take on Congo’s military. So without the threat of civil war erupting, the international community isn’t prepared to use military force as it did in Ivory Coast, though Congo has the biggest U.N. mission in the world with 20,000 troops. Kabila took power in Congo at the age of 30 after his father’s assassination in 2001. He was lauded for calling the first democratic election in 40 years in 2006, but changed the constitution limiting presidential candidates to an age of 40, so that he could run at 35.

Congo’s Supreme Court — which Kabila loaded with his supporters last year — said Kabila won another five year term with 48.95 percent of votes to Tshisekedi’s 32.33 percent. Election observers documented widespread fraud, with Kabila taking an unlikely 100 percent of the vote at some polling stations and children being registered voters. Kabila acknowledges there were flaws, but denies the election lacked credibility. In an attempt to save results of legislative elections held the same day, the United States last month sent electoral experts. They left in disgust.

Hundreds of thousands of ballots were tampered with, at least 1.3 million completed ballots went missing. Mountains of ballots were rained on. The experts « have consistent reports that ballots are not secured and that basically … recounting, for example, would hardly be possible, » said Gregory Kehailia, Congo director of the Washington-based International Foundation for Electoral Systems. The United States is pushing for a national unity government. Ambassador Donald Y. Yamamoto, U.S. principal deputy assistant secretary of state for Africa, told a U.S. Congress subcommittee on Thursday that an inclusive government « will help support the aspirations of the people of the Congo. »

Kabila’s forces have been holding Tshisekedi under virtual house arrest since he declared that he had won the election and held an inauguration ceremony in his back garden. « The international community’s inaction is as appalling as the CENI (electoral commission), » said Chris Fomunyoh, Africa director for the U.S. National Democratic Institute, which had a team observing the elections. « Some parts of the international community don’t want anybody to lift a finger. »

Jennifer Cooke, Africa director of the Washington-based Center for Strategic and International Studies, says the United States simply doesn’t have the leverage to make a difference. Kabila has other options among international partners, she said. Kabila shocked the West when he signed a $9 billion dollar barter deal with China, where he received military training. He offered up mineral resources in exchange for roads, railways, bridges, hospitals and other development that would bring more infrastructure than any installed in 60 years of independence. The U.S.-dominated International Monetary Fund and the World Bank persuaded him to lower the deal to $6 billion, in exchange for $11 billion of debt relief.

Congo, Cooke said, is seen as « too big, too intractable and too complicated and problematic » for donors to tackle the core issues, so they just « treat some of the symptoms. »