Action against Vulture Funds… a new victory for the Congolese 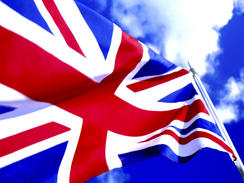 This announcement comes as welcome news to advocates for debt-relief who have been crying out and campaigning against predatory vulture funds, a practice where international debt speculators buy the poorest country’s debts and then sue for 10 to 100 times the amount of purchase, driving countries further into debt and stalling development that would enable them to recover.

Targeting companies that do business with heavily-indebted nations, fund holders attempt to claim profits on the basis of debt collection.  The Democratic Republic of Congo, ranking last at 187 on the United Nations Development Programme 2011 Human Development Index, has been a victim of this practice since 1996. The collections are aimed at companies but ordinary citizens clearly bear the cost of economic stress and stalls in development.  According to the 2011 Global Hunger Index by the International Food Policy Research Institute, Congo has the highest proportion of undernourished people – about 70 percent of the population – and one of the highest child mortality rates in the world.  Vulture funds exacerbate the conditions that entrench a struggling nation further into debt and dependency on international aid. 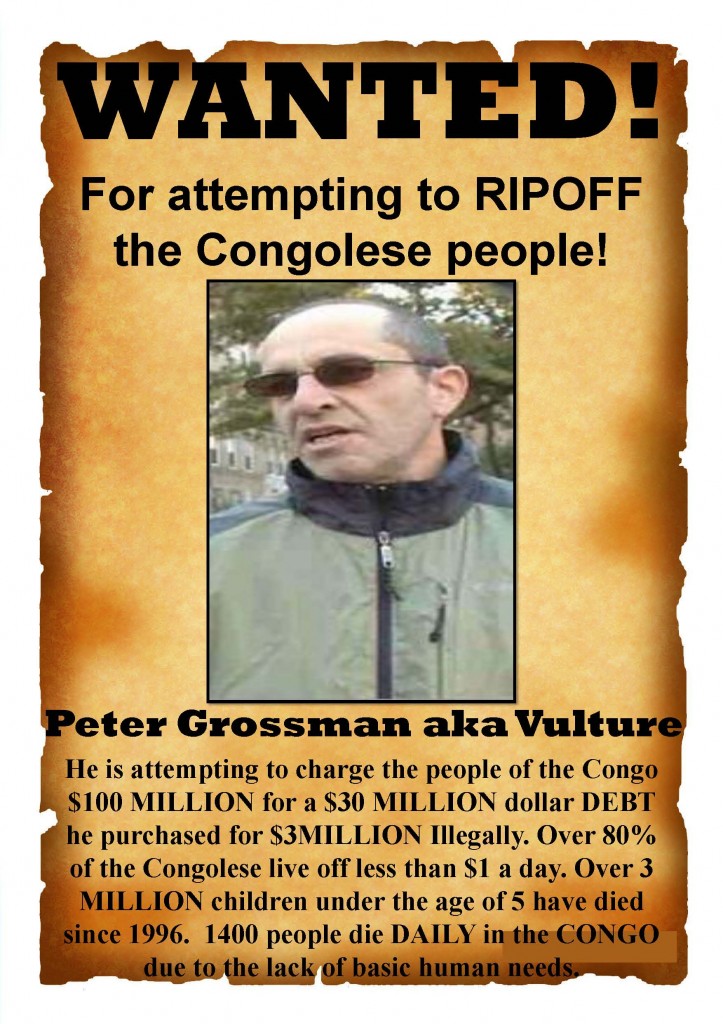 New York-based hedge fund FG Hemisphere Associates LLC, owned by Brooklyn Financier Peter Grossman, is currently suing the Democratic Republic of Congo (former Zaire) for $100 million in the Jersey courts. The claim is based on a $30 million loan given 30 years ago to Zairian dictator Joseph Mobutu by Yugoslavia’s (now Bosnia) Energoinvest for a failed hydro-electricity project. Energoinvest sold its Congo debt to FG Hemisphere (now FG Capital Management Ltd.). According to the BBC, The Guardian, Democracy Now, and the Organized Crime and Corruption Reporting Project, Peter Grossman’s hedge fund purchased the loan from Bosnia’s former Prime Minister and former director of Energoinvest, Nedzad Brankovic, for only $3 million. The Bosnian Chief of Financial Police claims that Brankovic acted illegally in selling the debt, which was owned by Bosnia, but sold personally, and has recommended Brankovic be charged.

Since 2005, FG Hemisphere has tried to seize Congo’s assets in the Bahamas, Europe, Hong Kong, South Africa and the United States. In 2009, FG Hemisphere brought the case against Congo to the island of Jersey in the United Kingdom. In December of 2011, the Jersey Court awarded FG Hemisphere $100 million. Senator Ian Gorst’s plan to outlaw vulture funds in Jersey will save the Congo from losing $100 million to FG Hemisphere. The final appeal in the FG Hemisphere vs. D.R. Congo case is expected to be heard in the next few months.

Jersey’s efforts are laudable and have been praised by advocacy groups like Friends of the Congo and Existence Is Resistance, who have undertaken a continuous protest since the end of November to expose the players behind the pilfering of the Congo. Encouraged by Jersey’s initiative, members of these groups are calling for more people to join them as they gather every Sunday at 5 PM at Peter Grossman’s residence in Brooklyn at the corner of Dekalb and Washington avenues in Brooklyn, NY.

About Friends of the Congo and Existence is Resistance

The Friends of the Congo is a grassroots advocacy organization based in Washington, DC.

Existence Is Resistance is an internationalist organization determined to promote non-violent resistance through cultural arts.

For more information or to schedule an interview, contact: