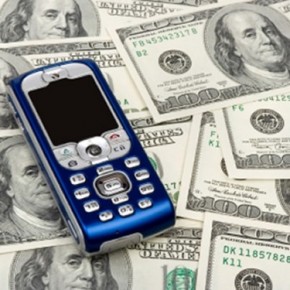 According to the UN’s chief of peacekeeping, Rwanda has effectively annexed eastern Congo, raising taxes and controlling the population through so-called rebels who answer directly to Rwanda’s military. Foreigners have noted how Rwanda’s capital, Kigali, has prospered during the Congolese genocide, as a base for trading plundered minerals.

Rwanda is warning its western benefactors not to cut off aid, in the wake of yet another leaked United Nations report on its role in the genocide of millions in the neighboring Congo. Rwanda and Uganda, both staunch allies of the United States and Great Britain, continue to support so-called rebels in the mineral rich eastern Congo, according to a Group of Experts at the UN Security Council. Rwanda and Uganda invaded the Democratic Republic of Congo in 1996, ostensibly to hunt down Hutu fighters among millions of refugees from ethnic violence in Rwanda. But the invasion became an occupation that has killed six million Congolese – the world’s greatest holocaust since World War Two.

The genocide has been very profitable for Uganda and Rwanda, who have plundered eastern Congo’s mineral resources for sale to multinational corporations, most of them based in the United States and Europe. According to the UN’s chief of peacekeeping, Rwanda has effectively annexed eastern Congo, raising taxes and controlling the population through so-called rebels who answer directly to Rwanda’s military. Foreigners have noted how Rwanda’s capital, Kigali, has prospered during the Congolese genocide, as a base for trading plundered minerals.

A 2010 UN report charged Rwanda’s army with “committing atrocities that could be classified as crimes of genocide.” Another UN study came to similar conclusions back in 1997. But, each time, the United States has used its muscle to suppress the findings and shield its African allies from punishment. The latest report – which only came to light because it was leaked – implicates officers at the highest level of Rwanda’s military as the real command structure behind the so-called M-23 rebels – confirming that the Tutsi force are not really rebels at all, but extensions of the Rwandan army.

Uganda has also profited mightily from the death of millions of Congolese. It is part of the arrangement, in which Rwanda and Uganda act as mercenaries for American and European interests in Africa. In return, both regimes are armed to the teeth, generously supported by foreign aid, and allowed free rein to plunder their Congolese neighbors. The blood of millions flows into the ground, while billions of dollars in minerals are extracted from the earth and delivered to their corporate customers – with Rwandan and Ugandan middlemen pocketing their cut.

The United States, embarrassed by the leaked reports, has withheld token funds earmarked for a Rwandan military school, and the European Union has frozen support for the killer regimes. But the British shamelessly restored all aid to Rwanda and Uganda in September, praising the mass murderers for constructively pursuing peace.

The Congolese genocide is, first and foremost, an American and British crime, a superpower-engineered holocaust that has continued for 16 years, under Presidents Clinton, Bush, and Obama – all of whom are guilty of the worst offenses known to international law. Uganda and Rwanda are merely henchmen in this monstrous crime against humanity that is comparable only to the crimes of Hitler and his Nazis. It is an American Democratic and Republican genocide – a pure evil. Don’t you dare claim to find some “lesser evil” under that mountain of dead African flesh.