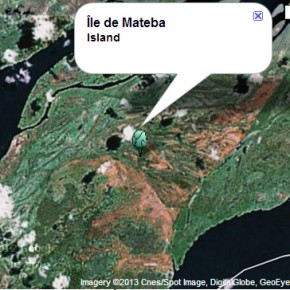 The Coalition for a Conflict Free St Andrews is delighted to announce the 2013 conference, held on 19-20 April in partnership with the Centre for Religious and Political Studies at the University of St Andrews! Check out our mission statement below!

Moving Forward in the Eastern DRC: The Roles to be Played by the International Community

In September 2012, the Centre for African Development and Security (CADS) in collaboration with the London School for Oriental and African Studies held a roundtable discussion between Congo-centric and Congolese civil society organisations (CSOs) in the UK on the destabilising role of conflict minerals in the eastern Democratic Republic of the Congo (DRC) and what can be done by CSOs to address the illicit extraction and trade of Congo’s resources. This Conference will seek to expand the roundtable discussion into a larger debate on the numerous factors surrounding the deterioration of the eastern DRC.

It has become increasingly evident that numerous external actors have and are currently exacerbating the devastating humanitarian and environmental situation in the eastern DRC. The recent implementation of Section 1502, or the ‘conflict mineral clause’ of the Dodd Frank Wall Street Reform Act in the United States, the cut in aid to Rwanda by numerous countries, and the international condemnation of Rwanda’s connection to the M23 rebel group are significant realisations in the global community’s apparent ties to the proliferation of violence in the eastern DRC. Recently, the focus of rights groups and academics has centred in on the widespread use of sexual violence, trade of conflict minerals, the increasing amount of rebel groups in the region, security sector reform, and the direct role of external state actors such as Rwanda. However, the approaches to resolving these key issues are varied and inconclusive.

This Conference will aim to provide a forum for both state and non-state actors to present and discuss the best methods to utilise in pushing for a stable and prosperous eastern DRC.

In order to meet this objective, this Conference will:

The Coalition for a Conflict-Free St Andrews and St Mary’s Centre for the Study of Religion and Politics will assemble minutes and presented papers in order to produce publication documenting the happenings of the conference  This Conference will also test whether the ‘DRC-Working Group’ that was formed at the September 2012 roundtable by CADS is an effective way forward for collaboration between Congo-centric groups and Congolese CSOs.